by Phil Windley
Chair, Sovrin Foundation Board of Trustees 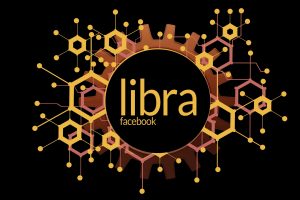 Facebook has announced their Libra cryptocurrency. This is good news for cryptocurrencies and market-incentivized networks. I worry that Libra’s financial inclusion might come with an attendent loss of privacy or autonomy.

Yesterday, after months of speculation, Facebook announced Libra, a cryptocurrency with the mission of enabling a simple global currency and financial infrastructure that empowers billions of people.

That’s a worthy goal. But, as you’d expect with almost anything Facebook does these days, there was a lot of reaction ranging from skepticism to outright opposition.

As Chair of the Sovrin Foundation, I’ve had a lot of people ask my opinion on Libra.

One thing that I like about Libra is that it’s not just a Facebook coin, which is what I had imagined when I first heard about it. Rather, Libra is a Swiss-based organization and Facebook is just one of (eventually) 100 members. Voting in Libra is stake-based, so that doesn’t necessarily mean Facebook will just have 1% of the voting power. They could have much more depending on their stake.

An independent, multilateral governing organization is a good design choice. I have no evidence that Sovrin Foundation served as a model in any way, but that choice is aligned with the governance model we’ve pioneered with the Sovrin Governance Framework.

That said, there’s a big difference in the governing model of Libra and Sovrin. Libra is very clearly an industry association. The governance is controlled by the organizations who stake it and these organizations will be making decisions about how Libra operates based on what’s good for them. Sovrin Foundation, on the other hand, is NOT an industry association because we want Sovrin to support Identity for All, rather than identity in the service of a few large companies.

Facebook will play a big role in the success of Libra. With 1.7 billion users, they can incorporate Libra into their apps and make it useful for payments on Facebook, Instagram, WhatsApp, and beyond. They won’t need exchanges—they are their own exchange. Libra can become useful for lots of people very quickly as a medium of exchange inside Facebook’s ecosystem. That ignores a lot of other use cases outside of Facebook, but clearly this is a Facebook play and their user base is a large reason others have joined in.

That kind of reach will be huge for cryptocurrencies in general because it will get people used to the idea of using crypto. When lots of people have Libra coins, other utility tokens will be incentivized to build in support for exchanging Libra for their tokens. Libra could become a common currency for various projects.

And we can’t ignore the validation this gives to the idea of tokens in general. As Erik Voorhees said on Twitter: “Zoom out for a second and realize how far this industry has come. The biggest companies in the world are now launching cryptocurrencies. BOOM.” Crypto is now mainstream.

The Libra Whitepaper includes this paragraph:

An additional goal of the association is to develop and promote an open identity standard. We believe that decentralized and portable digital identity is a prerequisite to financial inclusion and competition.

That’s all it says, so it’s hard to know what exactly it means. The first question in my mind is what do they mean when they say “identity”? Are they thinking in traditional digital identity terms where identity is mostly about authentication and maybe KYC around a small set of attributes? They give no clues that they are considering anything beyond that. I hope they’re not thinking of tying Libra addresses to some correlatable identifier since that will be a privacy nightmare.

Second, there’s already a number of open identity standards. They don’t say why they think they need to develop another one. Of course, the common mindset among most corporate types is that identity is a silo that you build yourself, so it may be nothing more considered than the default view.

Third, portable, digital identity exists now in Sovrin. There’s no reason, of course, that Sovrin’s identity metasystem can’t serve as the basis for identity in Libra. And there are many reasons why it should. Sovrin provides a flexible, open, and public metasystem that can easily serve as the foundation for the identity services a system like Libra would need to support financial inclusion without surveillance. Financial inclusion shouldn’t come at the cost of privacy.

Of course, this is just the announcement. The launch isn’t for another year and lots will change as Libra moves from the drawing board to reality.

Overall, I see Libra as a good development. One that will push the crypto space forward and drive adoption. Rather than destroying other cryptocurrencies and tokens, Libra augments them and validates them. Every coin or token has to live or die on the basis of its utility and Libra doesn’t change that. The world needs multiple tokens because they represent the means of exchange in a particular network and provide market incentives in the context of that network. Libra is a big step toward a world where market-driven networks are the norm. That’s a good thing.